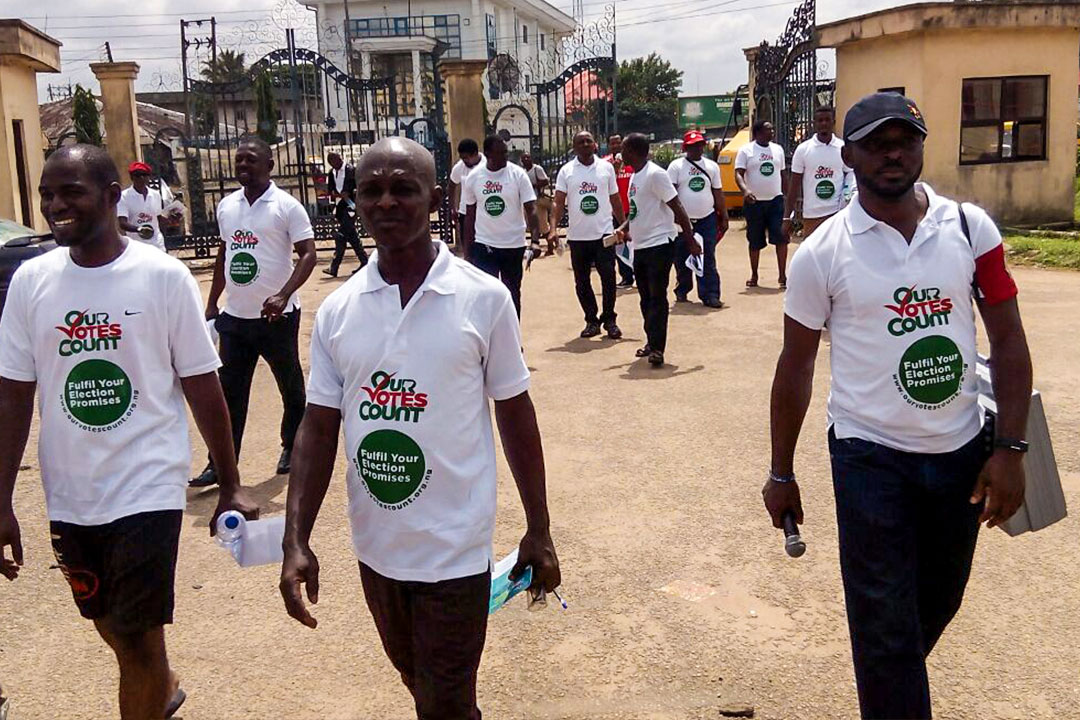 The forthcoming 2015 General Elections is a watershed in our nation’s democratic journey. It therefore provides an auspicious occasion for all well meaning Nigerians to pool resources together as citizens in whatever sphere or leaning to make significant contributions to promote democracy and democratic ideals by adding measurable value to the Nigerian electoral and electioneering processes and experience.

To this end, the National Association of Seadogs (Pyrates Confraternity) through its Citizens Summit and Voter Education advocacy has articulated a mix of citizen awareness and voter education programmes and activities, which will help strengthen the drive towards a positive and sustainable democratic future of our dear country, Nigeria.

Citizens Summit (founded in 2010 and formerly called NAS Summit) is a forum, which seeks to facilitate dialogue among Nigerians, elicit discussion through brainstorming sessions, and galvanize varied views at home and in the Diaspora. Its primary objective is the synthesizing of these views to enhance the involvement of the citizenry in the political and electoral processes and procedures of the Nigerian nation. The Citizens’ Summit furthers our organisation’s commitment towards the attainment of a Nigeria for and by Nigerians.

The National Association of Seadogs (NAS) is committed to a knowledgeable electorate, ready, willing and able to participate fully in the 2015 General Elections and subsequent processes. To achieve this, Voter education is key in ensuring that voters are adequately informed and galvanized to effectively and responsibly exercise their powers, thereby expressing their political will through the ballot. It is also imperative that in the exercise of this civic rights and power there is respect for the electoral preferences of others. The 2015 Citizens’ Summit will encompass a Voter Education and Citizen Awareness programme: “Our Votes Count”.

Our Votes Count is a mass enlightenment programme that would employ “crowd sourcing” technology to monitor the 2015 General Election across Nigeria. This technology we have deployed will make it possible for Nigerians to report unfolding events and activities at different election centres and polling units in real time. The programme is targeted at the electorate, as a means of reversing generalised apathy to the electioneering and electoral process in Nigeria.

NAS holds that the power to shape a nation’s destiny lies in the hands of her citizens. That citizens’ power alone, that decides, through the ballot, the type of leaders that will emerge through the electoral process. By exercising their franchise, the citizens choose the type of government and leadership they desire, need or deserve.

The unfortunate reality is that not many citizens know that they have this power and, therefore, fail to wield it. Conversely, those who are aware of this power choose to exercise it irresponsibly. This is evidenced in the prevailing apathy among the voting population, characterised by painfully low participation before, during and after elections. A disturbing number of Nigerians either would not come out to vote or would vote based on self-serving and fleeting considerations influenced by extraneous inducements.

In a nutshell, #OurVotesCount sets out to facilitate mass enlightenment and multi-media campaigns on voter education and promote citizen awareness in order to increase voter turnout during the 2015 General Election. And thereby promote electoral and governance accountability, even beyond the elections. Pertinent to this is the drive for an issue based electioneering and voting.